Howard S. Krooks, Esq., CELA, CAP, a partner of Elder Law Associates PA, with offices throughout Southeast Florida, is admitted to practice law in New York (1990) and Florida (2004). Mr. Krooks is Of Counsel to Amoruso & Amoruso, LLP, in Rye Brook, New York. He splits his time between New York and Florida, where his professional practice is devoted to elder law and trust and estate matters, including representing seniors and people with special needs and their families in connection with asset preservation planning, supplemental needs trusts, Medicaid, Medicare, planning for disability, guardianship, wills, trusts and health care planning with advance directives.

He is a past Chair of the Elder Law Section of the New York State Bar Association (NYSBA – 2004-2005), and serves on the Executive Committee as Past Chair. He also currently serves on the Board of Trustees of the NAELA Foundation. In 2010, he received the “Member of the Year” award from the Florida Bar Elder Law Section.

Mr. Krooks has been consistently selected as a Florida Super Lawyer and a New York Super Lawyer, consistently named to Florida Trend’s Legal Elite, named a Top 25 Westchester County Attorney, has a 10.0 (Excellent) rating from Avvo and is AV Preeminent®-rated by Martindale-Hubbell, a testament to the fact that Mr. Krooks’ peers rank him at the highest level of professional excellence.

Mr. Krooks co-authored the chapter, “Creative Advocacy in Guardianship Settings: Medicaid and Estate Planning Including Transfer of Assets, Supplemental Needs Trusts and Protection of Disabled Family Members,” included in Guardianship Practice in New York State, and the chapter “Long-Term Care Insurance in New York,” included in Estate Planning and Will Drafting in New York, both published by the NYSBA. He is widely published on many elder law topics.

Having gone through an extremely difficult Medicaid application process for my father in Florida years ago and with the recent passing of my mother I desperately needed to find a competent and understanding law firm that could expedite and help me with elder care legal issues for my uncle in Boca.

Ellen. I highly commend you for your impeccable, honest, and compassionate service throughout both your NY and FL advocacy, as you more than adequately represented me, pursuant to the settlement of probate of my mother's estate. I am very grateful for your guidance!

Living in NYC with nobody to take care of my sick uncle 1,400 miles away, I found the expertise and compassion of Howard Krooks and his wonderful firm to be incredible. I would highly recommend them to anyone and already have.

When my mom had a stroke -- and unfortunately due to her diabetes -- needed to be moved full time to a nursing home, I needed to qualify her for Medicaid, as the cost of proper care is prohibitive. Ellen and her team did an outstanding job, helping to reallocate my mom's assets and quickly qualifying her for Medicaid benefits. It would be almost impossible for the typical person to get through this process in such a short period of time.

Very well satisfied. The service was great in communicating all documents and proceedings with us to fully understand everything. The staff was AWESOME! In the future, (if) I know anyone, I will refer you.

I want to tell you how impressed I am with your video. I love that it is not one of the run-of-the-mill sales-pitch videos. It is warm and friendly and from the heart, and makes the viewer (me) feel very welcome to be friends with both of you, although I never met Howie. The two of you seem to have a partnership made in Heaven ... Hope you get at least 25 more years together. My best wishes to you both, and thank you for the work you did for us.

I have been in the Real Estate Business for a little over 50 years and have dealt with literally thousands of attorneys over that time. Ellen Morris has handled my personal account - every time I always comment how great she is.

My wife had dementia and there was the eventual problem of running out of insurance coverage and the tax ramifications when she died. I had business fears from an Industrial Park that I owned and all the liabilities from a few business entities that I also owned, Ellen was recommended at least 8 or 9 years ago. This recommendation was the best recommendation that I have ever received. She not only knows all the laws, but also keeps up with all the new requirements that are here in a changing environment.

One of the outstanding things about her firm (Elder Law Associates PA) and especially her (Ellen Morris), is the understanding of all the fears one has, and her solving of them. Every time I have had a question, she was there, with an answer and solution before the day was over. She was over fair with her billing - I always felt it was Christmas and she was giving me a present.

I was running a company doing over $100 million in sales and I am over 80 years old, so I am in a position to admire super professionalism and great patience tempered with a great degree of empathy. When asked what attorney to use, there is nobody to hold a candle to Ellen Morris, Esq.

Elder Law Associates PA is known for offering legal counsel with a keen understanding of the needs of both individuals and families. Our attorneys continue to work hard to earn the trust and respect of our clients by educating them on technical aspects of the law in an understandable manner. 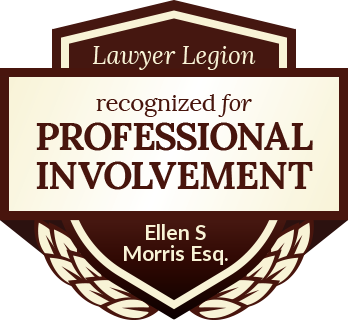 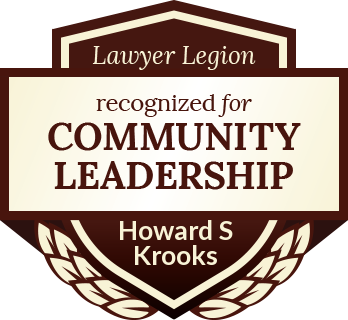 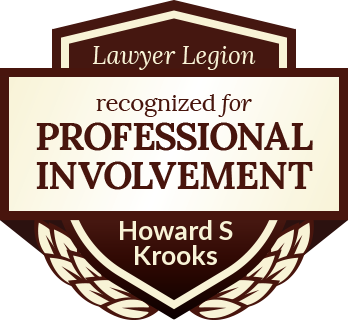